Spiritual and Cultural Journey of Nepal

Tour Deposit: To secure your booking a deposit of $500 is required.

Your Spiritual and Cultural Journey to Nepal

Nepal has more than 100 power places that are must-see places. Whether you are interested in the Eastern philosophies and religions or you are simply fascinated by the rituals and methods, Nepal has a lot to offer. You actually do not need to be religious to experience the spiritual side of Nepal. This place attracted numerous practising Buddhists, Hindu and Sikh masters. It has offered itself as a medium for enlightenment for those who seek beyond what they see. The philosophy of compassion is rooted deeply in the society, and the acceptance of multiple faiths makes this places unique. UNESCO heritage sites such as Boudha, Swayambhu or Pashupati are not only special for those who follow a religion, but those places just have the air around them spiritually charged. It lifts you up in a warm embrace of love, compassion and simplicity.

In this tour you will walk through ancient temples, monasteries, stupas and courtyards; spend some time with holy sages and monks; rejuvenate yourself in yoga and meditation on a journey to find your inner peace and harmony.

The journey begins at the heritage city of Kathmandu before passing through the picturesque city of Pokhara and thickly forested National Park of Chitwan, and Lumbini- the birthplace of Buddha “The Enlightened one”. On this tour you will have discovered an important facet of Nepal that includes –among others– culture, lifestyle, art, and tradition; majestic Himalayan peaks and serene lakes; and a number of wild animals and birds coexisting in harmony. This is an incredible journey for those seeking the more spiritual side of Nepal.

By participating in this adventure you will also be supporting local NGO – READI‘s Educational Program that supports poor and underprivileged children of Humla and other parts of rural Nepal. This program helps to support them with books, food, accommodations, and tuition facilities. You will have the opportunity to visit a local school that is part of the program. 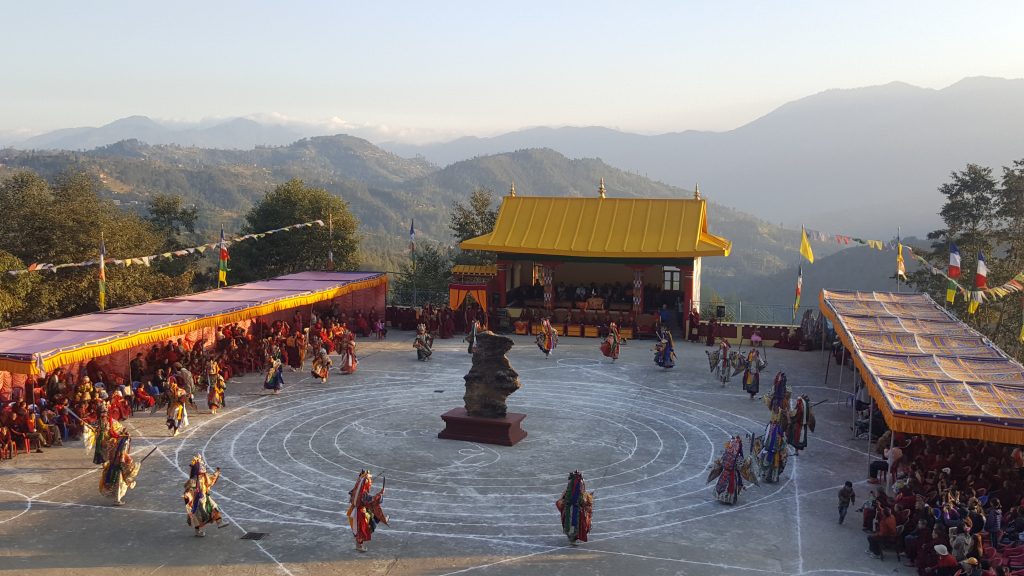 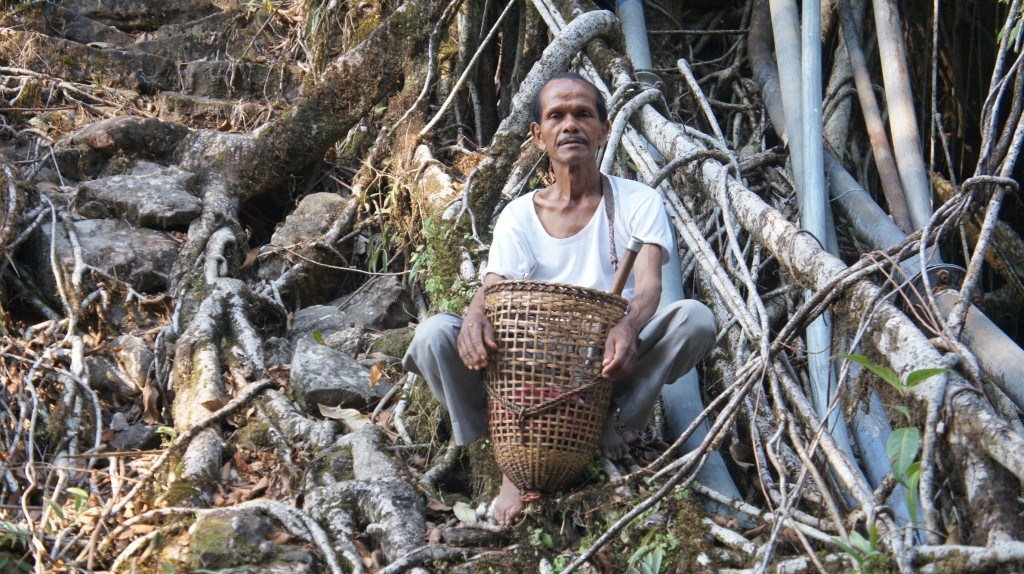 You will be picked up at the airport by your on the ground team whom you will spot holding a sign bearing your name. They will escort you to the vehicle and you will be transferred directly to your hotel. This is your free day in Kathmandu.

You will meet with your guide at 9 AM in the hotel lobby from where you will commence the Kathmandu tour. Before departing from the hotel, the guide will provide a short introduction on the activities of the day.

This day starts with a tour of Pashupatinath temple, regarded as one of the holiest temples for Hindus worldwide. It is dedicated to a manifestation of Shiva called Pashupati (Lord of Animals). Pashupatinath temple’s existence dates back to 400 AD. The ornamented pagoda houses the sacred Linga or phallic system of Lord Shiva. Thousands of pilgrims from all over the world come to pay homage to this temple that is also called ‘The Temple of Living Beings’. Inside the temple Lord Shiva is available in four faces. All these faces have different names and significance. The face facing east is known as Tatpurusha and the one facing south Aghora. Similarly, the faces looking west and north are known by the name Sadhyojata and Vamadeva respectively. The upper portion of this linga is known as Ishan. These faces are also defined as the symbol of four dhamas and four Vedas (sacred book of Hindus).

You will then head to the city of Patan which is the second largest of the 3 major cities of the Kathmandu valley. After a short stroll around Durbar square, it will give you an idea of the past regime and culture of this ancient Kingdom, you will visit a number of Buddhist shrines and monasteries founded in the ancient and medieval period some of which even date back to the BC era, including Mahaboudha temple, Golden temple, Rudra varna mahavihara, Ashoka stupa, etc.

After lunch you will drive to Boudhanath Stupa which is claimed to be one of largest Stupas in the world and the most important pilgrimage site for the followers of Tibetan vajrayana Buddhism. This Buddhist complex which in the form of a mandala when observed aerially is adorned with prayer wheels on the outside and is circumnavigated daily by a horde of visitors, religious or non-religious.

Your final destination of the day is another buddhist heritage of the valley, Swayambhunath stupa, situated at a vantage point that caters you a good sunset view of the valley. Believed to have risen spontaneously (thus its name) from a lotus seed planted by an ancient Buddha of past eon, the shrine is commonly known as ‘’monkey temple’’ as you can observe these impish yet harmless beasts running around in groups or alone without any concern of the world.

Evening 3 Hour Session on Eastern Philosophy and Spirituality with a local expert.

After breakfast, you will visit a hilltop Buddhist pilgrimage site called Namo Buddha. It is believed that Buddha in one of his previous lives as a prince overwhelmed by compassion fed himself to a hungry tigress and her 3 cubs. The site seats an ancient monastery Tharung Tashi Yangtse of Karma Kagyu tradition. The peaceful viewpoint also offers a good range of panoramic scenaries of the Himalayas.

In Namobuddha, you will stay at Namobuddha Monastery with a monk and observe the monk pray and eat together.

You will start your journey early in the morning to Lumbini or the birthplace of Buddha. You will descend to an elevation of about 150m via a 9 hour ride along 3 different highways, so you will instantly feel the temperature difference at your arrival. You will have a free afternoon at Lumbini of which you may visit the nearby marketplace.

You will commence your sightseeing of this largest Buddhist religious complex of Nepal by visiting the historical remains pertaining to the birth of Buddha and its records including bathing pond, the nativity spot, Mayadevi temple, Ashoka pillar, etc. Subsequently, you will visit the monastic zone comprising of Buddhist monasteries of both Theravada and Mahayana tradition belonging to several countries in the world where Buddhism is practiced.

The 6thday is marked with a visit to the religious and archaeological sites of Tilaurakot or the ancient kingdom where Siddhartha Gautama spent his first 29 years before renouncing in the search of The Ultimate Truth. Some of the places that you visit are Kudan where the father of Buddha received him after his enlightenment, Sagarhawa or the place of the massacre of Shakya clan and Gothihawa thought to be the birthplace of two ancient Buddhas.

Drive to Chitwan - the journey towards southern belt starts early and in approximately 4 hours you will reach your jungle resort situated at one of buffer zones of the Chitwan national park. You will embark on few jungle activities like birdwatching tour and/or jungle walk on the discretion of the nature guide.  In the evening you will delight in the traditional stick dance performed by native Tharu people who dwelled the forest area even when it was uninhabitable.

Activities at Chitwan National Park including the lakes Tharu Village and a visit to Tharu museum.

You will partake in a number of adventurous jungle activities including canoeing along Rapti river, visit to the elephant breeding center, and a jeep safari. Apart from one horned rhinoceros, crocodiles, and deer which are normal sight of the national park, you might even see tiger, leopard or python if you’re lucky. Besides animals, there are nearly 450 different species of birds in the park that will render the forest safari colorful.

Drive to Pokhara Roughly 7 hours of drive along the winding riparian highway - you will arrive at the second biggest tourist destination in Nepal after Kathmandu. The valley has at its disposal a number of attractions and activities including beautiful lakes - a couple of which are canoe-able, breathtaking views of snow-white peaks, stupa and temples, and scenic viewpoints. You have a free day in Pokhara which you may partake in canoeing at Phewa lake or just strolling around its banks. In the evening, you might want to experience the nightlife of the town.

You will set out early in the morning to the hilltop village of Sarangkot in order to relish the magnificent sunrise on the Himalayas. After getting back to the hotel for breakfast, you will then visit chief attractions of Pokhara including Davies falls, Gupteshwar cave, and the international mountain museum, before concluding at Phewa lake where you can go for boating if you like.

You will fly back to Kathmandu after breakfast, we will then drive 45 mins to Changunaryan village where we have collaborated with READI an NGO that supports education of underprivileged kids in rural communities. We will visit the kids and local communites of Changunarayan and learn how your contribution to this NGO is helping with educational programs.

Free day to explore Kathmandu and do some shopping!

Included in the Price:

Excluded from the Price: